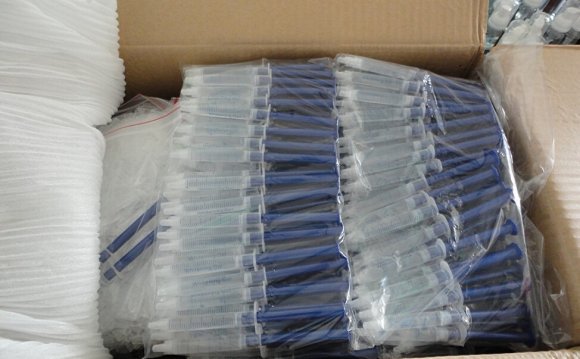 Dear Doctor,
I'm 18 and my teeth are looking a bit yellow. I want to whiten them, but I'm hesitant to put bleaching gel on my teeth. How safe is it and can anything bad happen?

Dear Melissa,
First of all, let me assure you that there have been no major health problems attributed to tooth whitening products when used as directed. Many studies have confirmed this, and I will share some of these findings with you momentarily. But first it's worth noting that a scientific understanding of safety is quite different from what consumers think about safety. For consumers, something is safe if it produces absolutely no harm. Scientists, however, recognize that there is nothing that fits this definition. As a Swiss physician and chemist once said, “All substances are poisons and there are none that are not poisons. The right dose differentiates a poison from a remedy.”

I'm pointing this out because, while whitening products have a very good safety record, it is possible to injure your teeth if you overuse them or use one of poor quality. Take one reported case of a 13-year-old boy who purchased an over-the-counter whitening kit and used it excessively. He sought dental care when his teeth became so sensitive, he couldn't eat. An examination revealed that the majority of the enamel on his front teeth was gone, exposing the sensitive dentin layer underneath. This case illustrates significant risks of abusing a whitening product, especially when it is of questionable quality.

There have been no major health problems attributed to tooth whitening products when used as directed.

Tooth whitening has become popular with teenagers, and so far the procedure appears to be safe when used appropriately. However, caution is advised especially for younger teens because they may still have some baby teeth that are being replaced and their yet-to-be-mature adult teeth are relatively vulnerable to the whitening processes.

To ensure the highest standards of safety, I recommend tooth whitening be done under a dentist's supervision — and after a thorough examination to determine the cause of the discoloration. You'll want to be sure you don't have an underlying dental problem that needs treatment. Then your dentist can help you choose a whitening treatment — for use at home or in the dental office — that's right for you.

Caution is advised for younger teens because they may still have some baby teeth that are being replaced and their yet-to-be-mature adult teeth are relatively vulnerable to the whitening processes.

It is generally accepted that tooth whitening is associated with some tooth sensitivity and gingival (gum) irritation. However, these side effects are usually mild to moderate and disappear when the individual completes or stops the whitening procedure. A vast amount of data is available to support the safety of whitening gels based on 10% carbamide peroxide. For those that contain higher concentrations of whitening ingredients, research indicates a greater risk of tooth sensitivity and gum irritation. Although most formulations with greater than 10% carbamide peroxide appear safe (because so far there have been no reports suggesting significant adverse effects), the data on them are relatively limited compared to those of 10% carbamide peroxide.