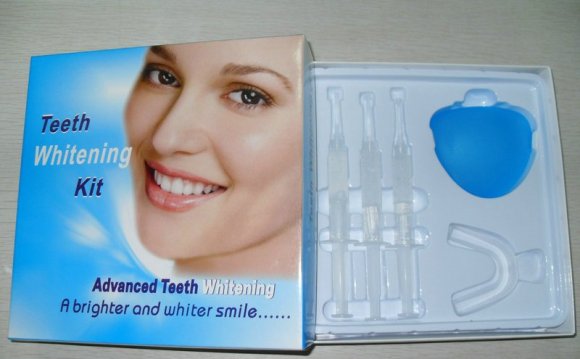 Background: During the last decade tooth whitening products have become widely available in the USA for sale over‐the‐counter or dispensed by dentists for use at home. With the current rapid growth in demand for tooth whitening it is imperative that the dental community base its recommendations to patients on sound scientific evaluations conducted in well‐designed and independent studies.

Objectives: To evaluate the effectiveness (versus a placebo or another active product) and side effects of over‐the‐counter or dentist‐dispensed chemically‐based tooth whitening products designed for home use.

Search methods: We searched the Cochrane Central Register of Controlled Trials (CENTRAL) (The Cochrane Library 2005, Issue 3); MEDLINE (January 1966 to September week 2 2005); and EMBASE (1988 to week 39 2005). The tables of content of selected dental journals published since 1995 were searched for additional references. Written requests for additional studies and information were mailed to experts in this area of research. After a final set of studies was identified, the list of references reported in the included reports was reviewed to identify additional studies. Studies published in English and non‐English were considered in this review.

Data collection and analysis: Screening of titles and abstracts, data extraction and quality assessment were undertaken independently and in duplicate.

Main results: A total of 416 articles were identified, 25 of which met the inclusion criteria and presented data that could be used in the analysis. All included trials measured effectiveness immediately after 2 weeks of product application. Only 13 studies reported outcome data 1 week after the 2‐week application period, and of those only six reported outcome data after 1 month or longer. Four of the included trials were assessed as at moderate risk of bias and the remainder at high risk of bias. All trials were sponsored by the manufacturers of tooth whitening products.

Nineteen trials compared different whitening products with each other. There was only one meta‐analysis which included more than one trial which showed statistically significant differences between the different whitening products. Strips (5.5% to 6.5% hydrogen peroxide (HP)) are more effective than gel in tray at 10% carbamide peroxide (CP) mean difference 1.82 (95% confidence interval (CI) 0.26 to 3.38). All of these trials were assessed as of high risk of bias.