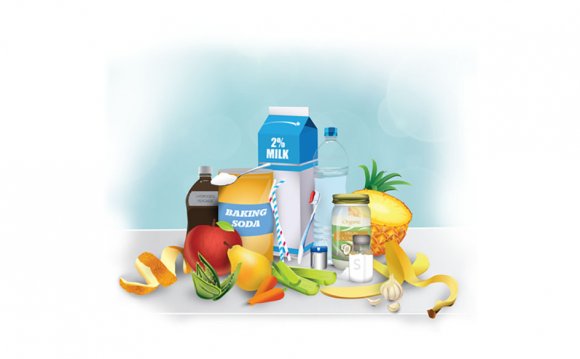 If you wanted your cookies done faster, you can’t double the temperature and halve their baking time and expect the same results.

For the same reason, the best way to whiten your teeth is at a “lower temp” (or lower concentration of whitening gel) over a longer period of time.

This results in a deeper penetration of the tooth and a more permanent color change.

This is because the higher concentration in-office whitening gels tend to dehydrate the tooth, causing a rebound effect (tendency to return to the original color) after about a week. Dehydration is much less likely to happen when you whiten with custom-made trays since the whitening gel isn’t so concentrated.

In-office whitening might have its place, especially when you need to whiten your teeth in a hurry, but if you have the time, custom whitening trays from your dentist are the way to go because they will be the most effective in the long run, as well as the safest way to whiten.

The best way to whiten teeth is with a lower-strength gel over several weeks. When using custom whitening trays, the teeth are exposed to a less concentrated whitening gel (only 10 to 20%), but for a much longer period of time (one to eight hours every day for several weeks).

With in-office whitening, the teeth are exposed to a stronger strength gel (30% to 35% solution of carbamide peroxide), but for a very short period (about an hour).

Slow and steady wins the race when it comes to whitening your teeth!

These are a few more advantages to getting custom-made whitening trays:

Once in the system, always in the system. With custom whitening trays, you are buying into a system to whiten your teeth for life. While it is true that the whitening effect is permanent, your teeth will continue to yellow simply because that?s what happens as we age. To maintain the effect, you will have to spend a few hours every five years whitening with your custom trays.

The cost of this is only the cost of a few syringes of gel ($25 each) as opposed to going back to your dentist for another round of in-office whitening at the usual cost ($300 to $900). Custom trays will cost you $300 to $400 and will allow you to continue whitening your teeth at home without ever having to step into the office.

Safest for the Gums

Whitening strips work the same way as custom trays, but have a major drawback: they can’t curve with the teeth and reach those in-between spots where each tooth meets the other tooth.

Whitening strips can make a good budget alternative, but be aware that you might get uneven results where the center of each tooth is whiter than the sides. Also, make sure the strips never touch your gums, since this will damage them.