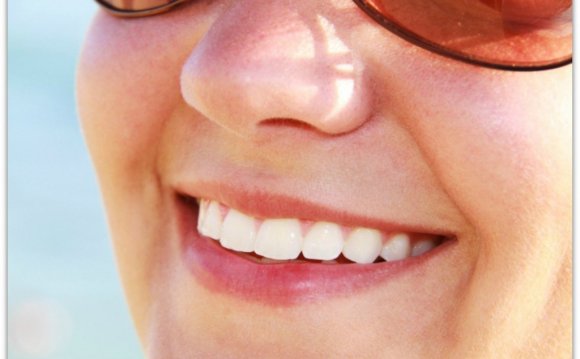 A whiter, brighter smile can make you feel more confident and may enhance your image when meeting people for the first time. Professional bleaching by a dentist is the best option, reports the American Dental Association, but the association says you can also achieve a brighter smile using an at-home teeth whitening product. This includes bleaching products and whitening toothpastes. Not all such products perform equally. For the best results, choose a whitening treatment that's been tested and approved by experts.

Crest's Whitestrips Supreme kit is designed to be worn for 30 minutes, two times a day for three weeks. It was the top performing home whitening treatment according to "Consumer Reports" magazine, which tested a wide range of over-the-counter kits. It received the best reviews from the magazine's testers, with the magazine saying it was number one in "whitening power."

GoSMILE's tooth whitening kit was rated as the best swab-applied tooth whitening treatment by "Real Simple" magazine's editors. Instead of strips, the gel-like product is rubbed onto each individual tooth and worn for 20 minutes, twice a day. The magazine liked how teeth became immediately whiter, with the total kit process taking just one week.

Listerine's entry in the tooth whitening industry was a top runner-up in the tests conducted by "Consumer Reports" magazine. Its selling point is that the strips don't need to be removed, since they slowly dissolve in your mouth. The magazine notes that Listerine's product had a "strong showing" in the magazine's colormeter, which measures how much whiter teeth appear after bleaching. The strips are worn twice a day for two weeks.

Rembrandts's strips were ranked as the best strip-type whitening kit by "Real Simple" magazine. The magazine's testers loved the product, saying it made teeth "noticeably" brighter and didn't slip off the teeth like many other whitening strips do. The strips must be worn for half an hour for 10 days.

Many of the stains on your teeth are surface deposits that can be removed with a toothbrush for a whiter smile. The best whitening toothpaste is Arm & Hammer's treatment, according to "Real Simple" magazine. The magazine liked its combination of scrubbing baking soda and bleaching peroxide, saying the toothpaste can help remove even coffee stains without leaving your teeth feeling sensitive.