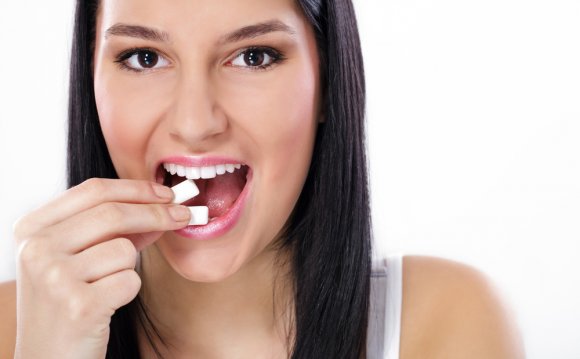 If you take a look around the toothpaste aisle of any drugstore in the United Stated, it's not hard to see that Americans have become obsessed with obtaining pearly white teeth. In fact, a study in 2013 found that almost 90 percent of orthodontists nationwide have had patients who specifically requested tooth whitening treatments. But between mouthwashes, toothpastes, and even chewing gums that claim to give you that smile you've always wanted, how do you know what really works? If you break it down, there are two types of discoloration: stains on the surface of the teeth and those below the enamel. The first are mostly caused by smoking and the absorption of food or beverages on the enamel surface. The others are related to the optical properties of the enamel and the underlying dentin, and how they interact with light. A number of things, including tooth decay, excessive fluoride ingestion, and aging can alter the intrinsic color of your teeth. So how do you remove the stains and get below the enamel? We talked to Dr. Gerard Kugel, a dentist at the Boston Center for Oral Health and Dr. Gianluca Plotino, a private-practice dentist in Rome to get to the truth.

What could be easier than whitening your teeth as you chew gum? On paper, it would appear that whitening chewing gums – which contain ingredients that are abrasive or able to coat teeth to prevent stains from sticking – can get rid of extrinsic stains, but there's been very little research into the efficacy of these products. Some studies found that chewing gum with the compound sodium hexametaphosphate can prevent new surface stains from forming better than no chewing gum and placebo chewing gums. However, another study showed that certain nicotine-medicated chewing gums can remove extrinsic stains better than a whitening chewing gum.