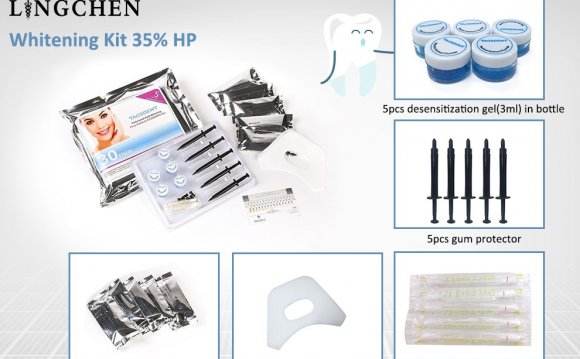 Is there a teeth-whitening story in your state?

Now might be a good time to take a look at this widely-contentious issue.

Dental whitening has grown into a multi-billion dollar business and the struggle over whether non-dentists should be allowed to bleach teeth has been playing out across the country in recent years.

Many dentists offer the service, which involves applying peroxide-containing preparations to the teeth. The products act by chemical means to lighten stains on the surfaces, enamel and dentin layers of the teeth. Staining can be caused by food, drink, tobacco, aging and other factors

In at least 25 states, dental boards have taken steps to shut down these establishments, according to a report by the Institute for Justice (IJ) a non-profit libertarian law firm. Since 2005, at least 14 states have changed their laws and regulations and now ban all but licensed dentists, hygienists and assistants from performing teeth-whitening procedures, according to the IJ.

Dental organizations back such restrictions, arguing that the retailers are practicing dentistry without a license and contending they could be putting customers at risk.

But non-dentist owners and operators of the teeth-whitening businesses are fighting back in some cases with legal support from the IJ. They say their services are safe and that they have a right to provide them.

The details of the cases vary from state to state. But the Supreme Court’s decision in the North Carolina case could have wider implications for teeth-whitening shops – and for the dental and medical boards that regulate the health professions nationwide.

In North Carolina, the Federal Trade Commission (FTC) has taken the side of the retail shops, holding that North Carolina’s state dental board “illegally thwarted competition by working to bar non-dentist providers of teeth-whitening goods and services from selling their products to consumers.”

The North Carolina dental board argues that its actions are not subject to such challenges because federal antitrust laws do not apply to actions taken by a state or its agencies.

The high court will consider whether or not the dental regulatory board, created under state law, should be considered an arm of the state or whether it should be considered a “private actor” because a majority of the board’s members are, as dentists, also competitors in the market for dental whitening services and are elected to their seats by other dentists

A Jefferson County judge is currently considering whether she should declare the ban unconstitutional or dismiss the lawsuit that challenges the law, explained reporter Ken Faulk in a Sept. 4 for the Birmingham News.

“The lawsuit challenges the constitutionality of the Alabama Dental Practice Act, which requires a person to be a licensed dentist if they offer teeth-whitening services. Violation of the law could mean up to a year in jail and $5, 000 in fines, ” Faulk wrote.

In South Carolina earlier this year, a state legislator introduced a bill aimed at shutting down teeth-whitening kiosks. The bill would still allow the over-the-counter sale of teeth-whitening products in the state, Manny Corea reported in a May story for the Orangeburg Times and Democrat.

Trisha Eck, owner of Tooth Fairies Teeth Whitening, told Serrie she purchased equipment and supplies from a vendor she met at a trade show, including non-prescription strength teeth whitening gels. Customers could purchase her products as a take home kit or apply them to their own teeth while visiting the spa where she operated her business. Eck told Serrie she closed down her business after a dental board investigator determined her business was an unlicensed dental practice.

“He comes from the dental board, and he’s telling me he can shut me down. He can fine me; I could face prison time, ” Eck said. “That’s a little intimidating.”