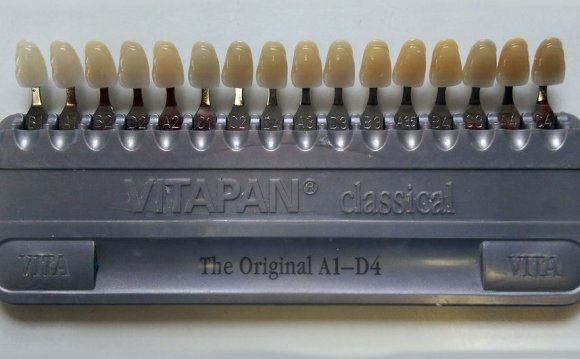 I first noticed it in my Instagram feed; women – and men – were holding a strange, circular device between their lips, like a futuristic mouth guard. A device which emitted a blue light. There were others who posed with a mouthful of charcoal, brushing it all over their teeth, and turning their mouths the colour of soot. If the mouth guard was the future then charcoal was decidedly medieval.

If all of this were not unsettling enough, they all seemed like they were enjoying it. At least, their eyes looked happy. Their lips could offer nothing beyond the manic, tortured smile of a patient in a dentist's chair.

These were advertisements for teeth whitening at home. And I was into it.

My teeth, though straight, are not the teeth of my youth. I've been mainlining coffee for a while now. I understand that if this were any time last century, the concern over the colour of teeth would not be an issue. 'Twas a simpler time, when people were content to call them "pearly whites" and accept that they were supposed to be the colour of bone.

Unnaturally white ivories are now a post-modern vanity; a way of assessing a person's status and celebrity. Tracy Morgan once explained to Liz Lemon on the now defunct 30 Rock, that he could tell she wasn't rich, not because of her clothes or her manner, but her teeth.

It's no longer enough to have perfectly fine fangs, just as it is no longer enough to have a perfectly fine body or face. Extreme, outstanding beauty is the currency of celebrity, and now, the currency of the land. Because a perfectly fine anything doesn't cost much, either to obtain or maintain. And if you can't purchase a better body or face or teeth in the name of self-esteem, then how to prove that you're part of the beauty elite and deserving of adoration and "likes" and followers and eventually a collaboration that brings dosh?

So, we see that because nobody in the chattering classes has baked beans for chompers to begin with, it's no longer acceptable to have simply normal teeth. It is, as the television evangelists say, another level that brings another devil. And, as befits the current political climate, the devil is ostentatiously white.

But enough of my preaching. The truth is, it worked. Wonderfully well, too. I chose the Blue Light Tooth Whitening System, which as the name suggests, contains the futuristic mouth guard that emits said blue glow. It also promised to make my teeth five shades whiter in two weeks. I was curious about the charcoal but ended up steering clear of it. A little too messy. And time-consuming.

I chose this particular teeth whitening kit because I'd only have to use it for four minutes, twice a day. It's slightly fiddly but I think that's the genre, isn't it? Make you feel like you're an alchemist?

You have to anoint your teeth with two kinds of gels and then hold onto the mouth guard with all your might. The blue light is meant to activate the gel. This is the part where you look in the mirror and see a homo sapien version of yourself, complete with protruding mouth and teeth. But after only four minutes on the very first night I noticed a change. The only drawback is an increased sensitivity in my teeth and gums, to the point of stinging. Still, it's a great system. Yes, I just called it the system, which I know makes it seem like some sort of life-changing pseudo cult. I stand by it! Take a look on Instagram, you'll see I'm not far wrong.

The advantage of professional teeth whitening is of course that it takes only one go and you've got the results. These days, it's even pain-free. Just make sure it's in a dentist's office or at least dentist-approved. Cost: about $650 depending on the method and the extras, such as take-home trays.

These are booming just as much as professional teeth whitening and can range from $30 for a basic kit to upwards of $70, again, depending on how fast you want the results.

Most of these are great if what you want to do is maintain and polish up a tad, although the claim is that they remove superficial stains. Prices start at $9 for Oral B 3D Whitening Luxe Glam toothpaste and go all the way up to $55 for a jar of Warpaint's Natural Teeth Whitener, (yep, this is the charcoal).