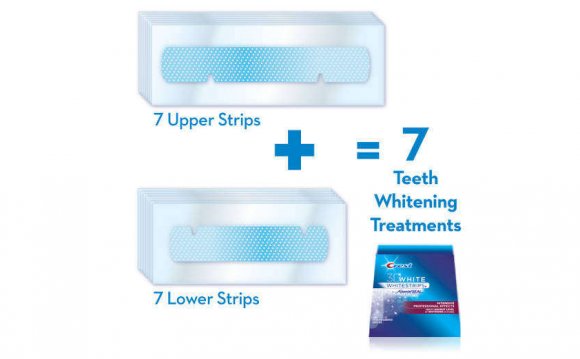 “I love having white teeth, but my teeth are so sensitive, ” is a statement often expressed by those introduced to teeth whitening by big-brand whitening strips. Contrary to popular belief, tooth sensitivity is not a universal teeth whitening side effect; it’s the cause of hazardous ingredients included in whitening strips that react poorly with teeth, causing pain, discomfort and more.

Drawing you in with flashy advertisements, whitening strip brands advertise that they can whiten your teeth, but they don’t disclose the side effects of the harmful ingredients packed in a strip. For the health of teeth across the globe, Spa Dent Naturals has taken initiative to educate individuals on the harmful ingredients included in your at-home teeth whitening strip products, and provide a solution for your teeth whitening needs.

PVP
Saliva – an often overseen mouth property that is absolutely essential in maintaining healthy teeth. A thin layer of Saliva should always be present on your teeth to act as a shield, ensuring your teeth are protected and hydrated. But what happens if you’re stripped of your saliva? Your teeth get dehydrated and your nerves are exposed, causing sensitivity.

So, what’s this PVP ingredient? Polyvinylpyrrolidone, also known as PVP, is an adhesive polymer found in those leading brand teeth whitening strips. Notable for its inclusion in glue sticks, batteries, paints and inks, PVP absorbs water, (98% of Saliva is water!), exposing teeth’s nerves and causing you pain. Whitening strip brands will often blame hydrogen peroxide for sensitivity – but if directions are followed as the teeth whitening package suggests, this should not be the case. PVP is an unnecessary ingredient that has developed the stigma on teeth whitening causing tooth sensitivity. Say no to PVP, and save your saliva!

PEG-8
The next runner-up is Polyethylene Glycol. It’s derived from ethylene glycol, which is – you guessed it – the main ingredient in antifreeze. In teeth whitening strips, it’s used to thicken whitening gel, and makes gel sticky in order for it to adhere to teeth. According to a study published in the International Journal of Toxicology, PEGs (including PEG-8 and Laurate) can contain harmful impurities, including Ethylene Oxide, known to increase the incidences of uterine and breast cancers and of leukemia and brain cancer, according to experimental results reported by the National Toxicology Program.

If an ingredient such as PEG-8 could essentially harm individuals, and it has no true significance as an Ingredient (we’ve done just fine without PEG-8 in our gel!), why expose customers to it? We’re not sure. But what we are sure of is that it’s not essential, and it’s not good for you.

Acrylates Copolymer
Yet another sticky situation, Acrylates Copolymer is included in teeth whitening strips to thicken the strip, ensuring it stays in one piece during use. It often makes an appearance at the nail salon, used as an adhesive for artificial nails and is included in nail polish, foundation and concealers. Adverse reactions are reported while using this ingredient, such as irritation to the skin and/or eyes. The International Journal of Toxicology said in 2002, that Acrylates Copolymer was carcinogenic when applied at a concentration of 21% to the skin.

Do you want to put this ingredient in your mouth? There are other, more effective ways to gain white teeth than to injest an ingredient found in nail polish and nail adhesive. Go the all-natural route.

As a corrosive acid and alkalis, drops of Sodium Hydroxide solutions can destroy and decompose proteins and naturally occurring molecules (lipids) that are essential to your body’s living tissues. In-turn, Sodium Hydroxide can consequently cause chemical burns and may induce permanent blindness upon contact with eyes.

Sodium Saccharin
This ingredient masks the taste of nail adhesive, antifreeze and delicious chemical-burn causing ingredients. Prior to the year 2000, the Food and Drug Administration required that a warning label be placed on products containing Sodium Saccharin as an ingredient due to its possible health risks. However, it was later removed from the list of hazardous material. Although this is the case, there had been animal-testing experiments that determined Saccharin as cancer-causing ingredient. Studies are not something to disregard.

Known for its link to weight gain, diabetes and a common causer of severe allergic reactions due to presence of sulfonamides (approximately 3% of the general population have adverse reactions to sulfonamides), Sodium Saccharin is not a necessity in teeth whitening agents. Out of an extensive list of all natural oils and sweeteners on the market today, teeth whitening strip brands choose the cheaper, more harmful alternative to provide to their customers who feel trust in their brand.