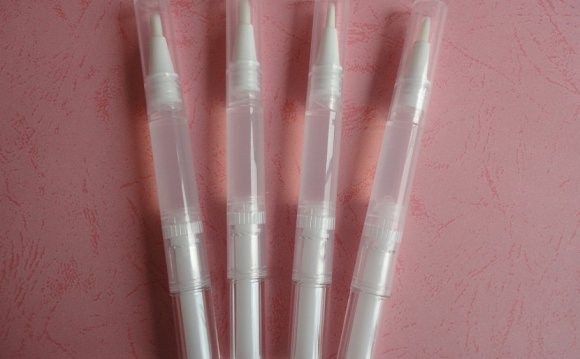 
Light-activated bleaching techniques such as BriteSmile and Zoom are marketed as "breakthroughs" in the science of teeth whitening. But are they any more effective than less expensive bleaching gels or over-the-counter white strips?

"We've selected bleaching options, " says dentist Eric Morrison, "that provide the most predictable results." He offers a system of preloaded whitening trays made by Ultradent Products. The tray adheres to the teeth and is worn for about 60 minutes per day until patients get the results they want.

Morrison and some researchers say the jury is still out on whether light is a more effective whitener; some studies suggest that the light does not enhance the results of bleaching.

Chemist Lee Hansen, a professor emeritus at Brigham Young University, explains there was an assumption that heat from the light served as a catalyst to decompose the bleaching gel.

"That's the theory behind it, " says Hansen. But he found the lights don't generate enough heat or give off enough UV light to accelerate the chemical reaction.

As part of the study, a group of researchers at Clinical Research Associates, the Consumer Reports of dentistry, tried a combination of bleach and light on a small group of patients.

On one side of the patients' mouths, they applied bleaching gel alone. On the other side, they added the light. All the teeth became whiter, and there was no difference in the two sides.

Dentist Gerry Kugel of Tufts University says this one study was by no means the final word on light-activated bleaching.

He says a lot of patients do seem to like the procedure: When they leave the dentist's chair after an hour-long session, many can see the difference — and they may assume it's all from the light.

"You've got to remember that they're getting peroxide on their teeth, " says Kugel. Zoom, for instance, is 25 percent hydrogen peroxide.

Within about seven days, however, when the teeth rehydrate, studies show there's a rebound in the color. That's why most patients are sent home with more bleaching gel that they can apply themselves.